“Yanukovych’s money” doesn’t allow the whole government of Ukraine to sleep quietly. The people were promised that these billions will go to the revival of the economy and for social needs. Each “Svidomite” [brainwashed – ed] is ready to turn over every little stone  just to find these fabulous riches (like the legend of the “Yanukovych treasure”). Deputy US Minister of the Treasury for financial intelligence and counter terrorism Adam Shubin also  joined this process.

He made a loud statement during a meeting with the head of the NSDC Oleksandr Turchynov on cooperation in search of “Yanukovych treasure”. Also, the Deputy Minister promised to apply the most severe penalties for financial institutions that operate “in the occupied territories”, and showed his support for Ukraine’s hope of sanctions, and expressed hope for long cooperation in the fight against terrorism.

It is truly good to look for terrorism where it isn’t present, or rather where it is in the paid-by-state services.

However, Shubin expressed his condolences and sympathy to Ukraine, “I believe that Ukraine today is under the extremely strong stress of battle against the forces that try to destabilize the country and the people.”

Billions were not yet found, but dividends have already been received. Since then, as Yatsenyuk began to push for a law about Yanukovych and his entourage’s corrupt money, the United States allocated $2.5 million for the quest. 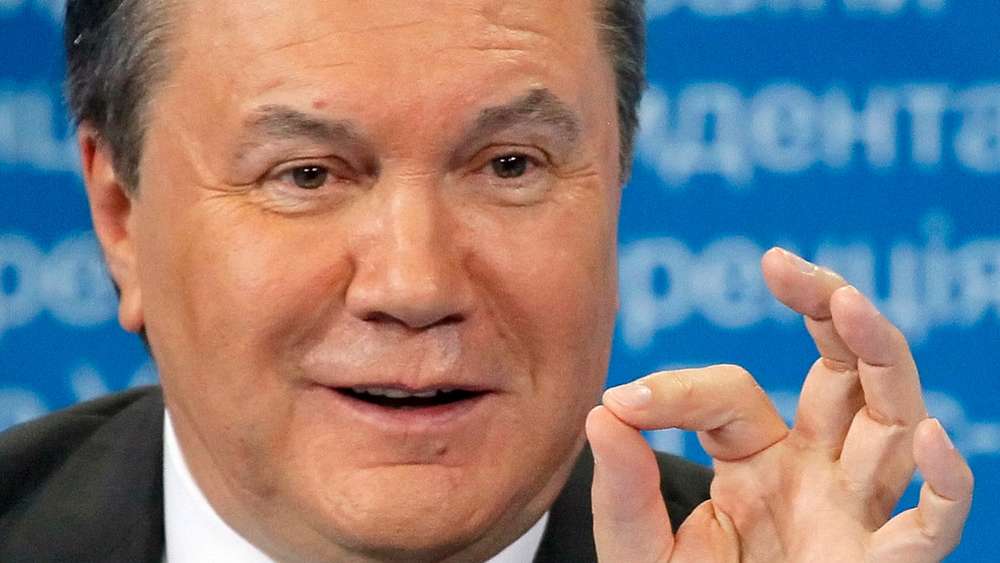 The result of loud speeches and the establishment of a separate structure is very small: Switzerland froze the assets of the former President and his entourage to the amount of $190 million, in the UK — €17 million, in Liechtenstein – €22 million, and in Cyprus – €5.

If you consider that Yanukovych and his entourage are not poor people and they had their own businesses, the money is just a mockery of Kiev. It’s not the amount that could occur as a result of the looting of the budget which Yatsenyuk & Co spoke of. The speech spoke of 70-100 billion dollars!

The Prosecutor’s office announced in 2015 that they didn’t succeed to find cash assets abroad, the former President “had the habit of saving money in the form of cash, this man is old school and, apparently, preferred cash”.

It is exactly after this that speeches about “Yanukovych’s treasure” began. Now, spending borrowed millions, they are looking for this treasure that will save Ukraine. Being busy with this fascinating pastime, and with international support, no one asks the current Head of state, what did they do with the rest of the cash assets and borrowed money?

Then they will find “Yanukovych’s treasure” and will live like Kings.

Tags: KievShubinUkraineUSYanukovychYatsenyuk
IMPORTANT NOTICE: POSTS WITHOUT THE "NEW" LABEL ARE OLDER (PRE-2022) POSTS FROM THE ARCHIVE!
+ +