At the beginning of the week commencing February 26th there was an extraordinary event — the ambassador of the European Union in the US severely criticised the actions of the American President Trump, accused the US of trading principles, and promised that the European Union will sabotage the US’ attempts to impose new international sanctions against Iran. The very rigid demarche of the European diplomat was obviously coordinated with Brussels and Berlin, and specifies that an end already came to transatlantic solidarity on key questions of international politics. After Sergey Lavrov once again spoke firmly against the US’ actions in the Iranian direction, a paradoxical situation was created: The European Union and Russia stand together against the American policy in a strategically important direction. Whether Trump is ready to stop at nothing to satisfy the ambitions and phobias of his sponsors in the US and in the Middle East depends on whether or not a big Middle Eastern war will begin this year.

David O’Sullivan, the ambassador of the European Union in the US, held a special meeting at the Washington office of the Bloomberg agency with representatives of the American media in order to explain to them why the European Union is sharply against the desire of the President Donald Trump to cancel the so-called Iranian nuclear deal and to impose international sanctions against Iran. “The Iranian nuclear deal” is an agreement from 2015 signed by Iran and permanent members of the UN Security Council — the US, Russia, China, Great Britain, and France, and also Germany and the European Union. In fact, the agreement provides the refusal of Iran to develop a military nuclear program and to give consent to international control over the observance of this refusal in exchange for the removal of the sanctions imposed on the country by the UN. The “Iranian nuclear deal” was signed by President Obama, despite the protests of many American and Israeli politicians, who insisted on maintaining pressure on Iran or even a military intervention against Tehran. Donald Trump already during his electoral campaign spoke very negatively about the “Iranian deal” and demanded the return of the anti-Iranian sanctions, combined with the cancellation of all existing agreements.

The position of the American President assumes a much more rigid version of the “Iranian deal”, which looks not like an agreement, but the most humiliating capitulation of Tehran. The rigidity of the American administration’s demands gives the impression that Washington looks not for a new compromise, but for a pretext to begin the economic suffocation of Iran, and then to move on to a military intervention. A rather influential segment of the American political elite pushes the US’ towards the forceful option.

The Ambassador of the European Union in the US clearly underlines the negative position of Brussels concerning the repeated introduction of anti-Iranian sanctions and the cancellation of the “nuclear deal”: “In my opinion, this won’t work. We removed sanctions, and this was a part of the agreement, and we can’t with a clear conscience impose sanctions again without good reason,” stated the ambassador, transparently hinting that the desire of the American military-industrial complex to earn money and the political ambitions of Trump aren’t included in the list of “good reasons”.

The head of the Russian diplomacy Sergey Lavrov spoke in a similar key during a press conferences following the results of negotiations with the Foreign Minister of France Jean-Yves Le Drian:

“Just like France, we believe it is necessary to fully implement the Joint Comprehensive Plan of Action (JCPA). If there is a desire to discuss some other issues concerning Iran in this format or in another format, this should be done with Iran’s mandatory participation and on the basis of consensus rather than through ultimatums”.

Now Trump’s administration is put before an unpleasant choice, which consists of three bad options. Firstly, it is possible to try to strongly pressure the European Union and to demand that Brussels, Berlin, and Paris change their position. As an argument it is possible to try to use the threat to impose sanctions against European companies that work with Iran, and also accusations that European Union countries have mercantile interests connected to investments in the Iranian economy. This indeed forces Europe to betray the ideals of transatlantic unity and to show deafness towards the demands of Washington and Tel Aviv, insisting on the need for drastic measures against Iran. The problem with this approach is that the European Union already showed a categorical abandonment of threats of sanctions against their companies, and moreover — it is ready to use issue reciprocal accusations against Washington:

“There is a complete mythology in the United States among some people that somehow we are only interested in trade with Iran and we are willing to sell our souls for the purposes of selling a few automobiles or a few airplanes — unlike Boeing,” O’Sullivan said in a jab at the U.S. plane maker, which has about $20 billion in jetliner sales to Iran currently planned. “We are not in the business of selling our principles for the purposes of a few trade deals,” said O’Sullivan. 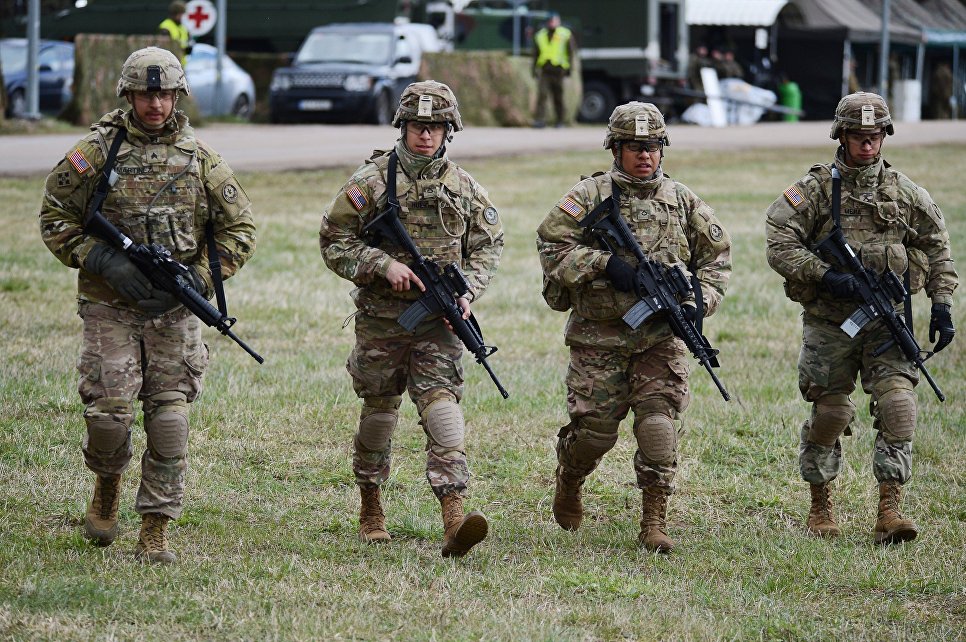 The second option assumes the imposition of sanctions and the exit of the US from the “nuclear deal”, despite the disagreement of the European Union, Russia, and the People’s Republic of China. This approach seems to be attractive only at first sight, because the US’ unilateral sanctions won’t do much harm in any way to Iran, which can quite satisfy all of its economic and technological requirements due to cooperation with the countries that won’t support the American sanctions. The US’ attempts to impose sanctions against European companies working with Iran will lead to reciprocal actions from the European Commission, and, most likely, the White house will abandon them in the same way that it abandoned attempts to punish European companies investing in “Nord Stream-2“. The impotence of Washington’s sanctions badly affects the image of the world’s hegemon, and if to immediately transfer the conflict to the military domain, there is a serious risk that the European Union will use such forcible behavior as a reason to decrease the level of military cooperation with the US. Especially since the European Union already creates its own military structure, which British and American experts perceive as the “European alternative of NATO”.

The third option looks like the most rational one — to try to solve the Iranian problem using the diplomatic sphere. But such an approach is immediately extremely undesirable for Trump’s team for several reasons. The abandonment of sanctions and forceful pressure on Iran will be apprehended as a sign of American weakness — and weakness, as is known, means defeat. Moreover: the diplomatic restraint of the Trump administration will be apprehended as the betrayal of some of the US’ Middle Eastern allies, for who a military intervention by the US against Iran is the last chance to compete for regional domination. The fate of the traitors of such an influential interest groups is very unenviable.

A good way out of the situation that Trump’s team drove itself into hasn’t yet been seen, and this is a rather positive situation from the point of view of Russian interests. Our Washington opponent was put in zugzwang — and now it is necessary to maximally benefit from their inevitable mistakes.

Tags: EUIranRussiaUSA
IMPORTANT NOTICE: POSTS WITHOUT THE "NEW" LABEL ARE OLDER (PRE-2022) POSTS FROM THE ARCHIVE!
+ +