The “Zvezda” TV channel publishes the full exclusive interview with the former officer of the Armed Forces of Ukraine Yury Baturin, who witnessed the events connected to the crash of the Boeing MH-17 in the east of Ukraine on July 17th, 2014.

The officer Yury Baturin in July, 2014, held the position of the chief of the command post of the military unit A-1215 anti-aircraft missile troops of the Armed Forces of Ukraine near Kharkov, and received all information concerning the air situation in this region. According to him, before the Boeing disappeared from the radars, it changed the route of its flight in coordination with civil dispatchers. And after a few days military personnel of the UAF arrived in the unit where Baturin served, and transferred the “Buk” SAM system. In a conversation they reported that they had delivered the surface-to-air missile system to the village of Zaroshchenskoye – and this is the area of coverage where, most likely, the MH17 aircraft, according to the research conducted by the Almaz-Antey concern, could have been hit from. In an exclusive interview to an observer of the “Zvezda” TV channel, Baturin for the first time in detail described those events after which he decided to leave the UAF and to move to Russia. 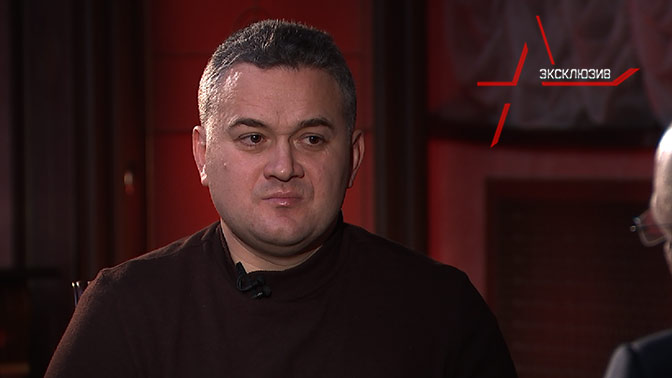 Aleksey Samoletov: I am very grateful that he agreed to do this interview. Next to me is Yury Baturin, who said that he witnessed what happened to flight MH-17. What was your job in Ukraine, how did you find yourself there, what were you engaged in?

“My story is traditional for many families that found themselves in the post-Soviet space. My father was an officer, my mother — a teacher. They served in Siberia, where I was born, in Krasnoyarsk-26. Upon retirement my parents moved to Kharkov, where they faced the disintegration of the Soviet Union, and where I already graduated from school, entered a military university, and remained to serve in Kharkov in the military unit A-1215.”

Who were you at that moment in Ukraine? What was your position?

“My position at that time was called ‘chief of the command post of the military unit A-1215’. Anti-aircraft missile troops.”

How did you obtain this information that, as a matter of fact, we also talk about with you today? And in your position you had access to means of air control?

“Yes, being the chief of the command post, I was receiving all information about the air situation in this region.”

I.e. you saw on the monitors all the planes that were in the air at that moment?

“Military personnel, in the same way as civil dispatchers, guide all airborne aircraft – both civil and combat.”

It went in an echelon. Then it was suddenly transferred from one echelon to another echelon?

“The ‘Boeing’ that we are talking about didn’t draw attention for the simple reason that the flight zone wasn’t closed at that moment. Everything was flying there – civil, military craft – absolute without any restrictions. And the ‘Boeing’ miraculously changing its flight route in coordination with civil dispatchers is indeed a fact. And I, like any person who had the opportunity to look at the radar, also observed it personally.” 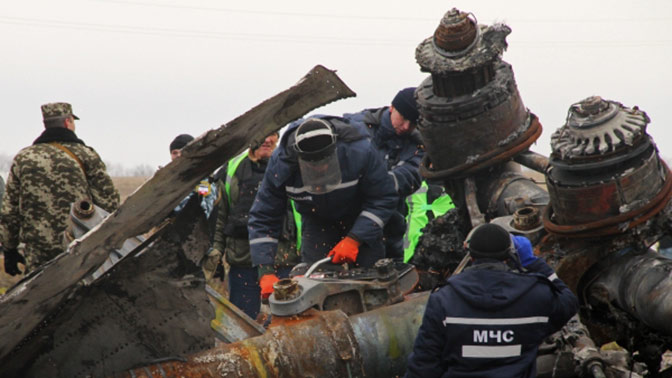 When did what happened to the “Boeing” grab your attention?

“Attention was paid to all planes that were flying over the zone of military operations, because, from my point of view, it is nonsense [that they fly over such areas – ed]. And attention was paid exactly at the moment when the plane disappeared from the radars. There was a blip, and then there wasn’t. And this draws attention.”

You pay attention to the fact that the blip vanishes from the radar screens, but, according to one version of events that we heard, the “Boeing” was accompanied by a second plane. Was there a second plane or not?

“What we saw, using secondary radar information, contained information only about civil aircraft. We didn’t have any information about any combat or civil plane that accompanied MH-17 at our disposal.”

So, the blip disappears from the screens. Did you understand why this happened?

“Two options arise. Either the plane is shot down from the ground by an anti-aircraft guided missile, or the plane crashed for technical reasons. This is based on how events further developed, and the subsequent arrival of columns of about 6-7 tow trucks on the territory of the command point that I headed.”

When did it happen?

“This happened a few days after the crash of the Boeing. In a conversation with drivers I learned that military personnel were engaged in relocating equipment of the 156th anti-aircraft missile regiment to the district of the village of Zaroshchenskoye. Why did they stop on the territory of my command point? Because it is a convenient traffic intersection and on this territory they can manoeuvre large vehicles. They came to me for a convenient transit point to put equipment in order, to somehow service something, to have a little rest and travel further. From a conversation with this military personnel it became clear that in the village of Zaroshchenskoye there was a ‘Buk’ SAM system of the 156th anti-aircraft missile regiment.”

The 156th anti-aircraft missile regiment are military personnel of Ukraine?

“Yes, they are military personnel of Ukraine.”

The “Buk” that we are talking about was a part of the column?

“It was in it as an element that was being transported, and transferred to its standing point.”

Respectively, we can say that the blip on the radar screen disappears exactly at the launch trajectory in Zaroshchenskoye? Or did I misunderstand something? Tell me as a professional.

“The blip on the radar screen disappears in the coverage zone of the ‘Buk’ anti-aircraft guided missile system, which the standing point in the ‘village of Zaroshchenskoye’ is included in.” 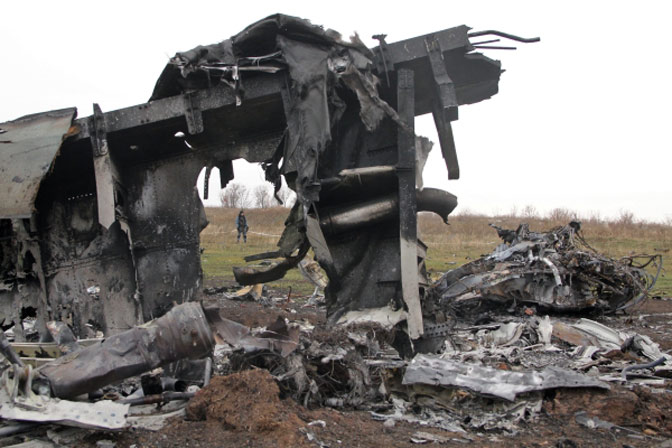 I.e. from this conversation that took place already some days after the catastrophe, it became clear where the missile was launched from?

“Let me explain. The ‘Boeing’ is downed, everyone walks around and discusses it. These persons arrive here. This column is MAZs with trailers. I receive instructions that this column will stop here, in my area. Well, that’s okay. I received the order, I fulfilled it. Everything is easy and simple. They arrived. Contract employees were here (they are boneheaded). I walked with them in the evening and spoke with them: ‘Guys, what did you transport, and how did you do it? Where were you, what did you see and hear?’, ‘Well, we transferred Buk, ‘Where did you transfer it to?’, ‘We transferred it over there’, ‘Oh, interesting!’.”

Let’s come back to small details. What did the drivers that were a part of the column speak to you about?

“They aren’t especially competent concerning this matter. And the interesting things that I learned from them were about what they did, what they transported, and to where: the standing point that was approximately the place where the missile that was fired at flight MH-17 was launched from.”

I.e. it is precisely from there that the puzzle completed itself?

“It is precisely back then that everything became clear. Back then everything fell into place. Back then it became shameful, painful, and difficult. And it is back then that my decision to quit and leave ripened. The media of the whole world practically all at once, using almost the same words, howled that Russia downed a civilian aircraft, and immediately at this time the column arrives that was engaged in relocation [of the ‘Buk’ – ed]. Only a fool wouldn’t draw a conclusion.”

You weren’t able to record the [‘Buk’ – ed] launch from the ground?

“We weren’t able to record the launch from the ground.”

But why is it precisely you who agreed to disclose the true reason for what happened?

“It is certain that it doesn’t stem from some uniqueness, but only because such notions as honour and conscience must be primary for any officer. I simply fulfilled my duty.”

Do you understand that what you just described de facto causes a very big problem for you on this same territory of Ukraine?

“It is precisely for this reason that I am here [in Russia – ed].”

Actually, you now make an absolutely enormous pretension to the Kiev authorities, saying that nevertheless it was done by them. And you are responsible for every word that you said.

“I am responsible for every word I said, I tell the whole world what I know.”

I understand that today you are already in resignation? You are dismissed? De facto.

“Independently, on my own will.”

“Because of moral principles. Everyone makes their own choices… Why… It can be answered in the following way. I have two grandfathers who both took part in the Second World War against fascism. And it is impossible to call what is happening, already happened, and probably will happen in the near future anything other than an outburst of Nazism and fascism. For people who have at least some moral principles it is difficult to accept this. I, unfortunately or fortunately, couldn’t accept it. So I made such a choice.”