On the website of the city of Drogobych in the Lvov region the announcement of a parade in honor of volunteers from the SS Galicia has been present already since 2013 – text citing Hitler’s statements concerning the fight for the right to exist is placed on a picture that features the Fuhrer against the background of the emblem of this division.

I’m interested in what the SBU and the politicians of Kiev think about this. After all, officially the ban on demonstrations of Nazism is still in effect in Ukraine, while the post appeared on the official website of the city.

Of course, as is well-known, there isn’t any fascism in Ukraine. 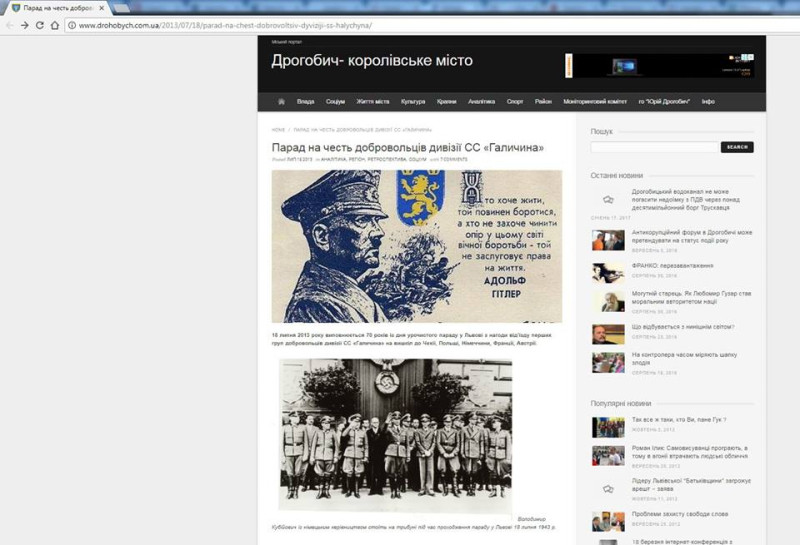