The adviser to the Leader of Iran Great ayatollah Sayyid Ali Hosseini Khamenei, General Yahya Rahim Safavi, made an interesting statement. In his opinion, “Iran should create a regional coalition that also includes Russia, Syria, Pakistan, and Iraq in order to counter the American alliance”.

It is unlikely that the General forgot to coordinate his position with ayatollah Khamenei. In any case, this statement can’t be interpreted in any other way than as the probing of Russia regarding its readiness to formalise allied relations with Iran. The fact that the Persians didn’t opt for a standard diplomatic way – supposing private consultations in the format of Ministries of Foreign Affairs – testifies to their confidence that such a proposal won’t  invoke enthusiasm in Russia. And on the one hand, immediately presenting this in the public plane doesn’t oblige Tehran to do anything (because this is only the private opinion of an adviser). But on the other hand, this supposes a certain reaction both in Russia and in countries listed as allies.

Moscow will be asked questions both during press conferences of State leaders and foreign policy departments and within the framework of formal diplomatic contacts. Russia can’t completely disavow allied relations with Iran — close interaction during the Syrian crisis is obvious. But any ambiguous reaction opens the space for further warming to the idea of an alliance.

However, it is necessary to remember that two and a half years ago the Chinese leadership already made such a move. During the aggravation in American-Chinese relations at a solemn meeting devoted to the 95th anniversary of the Communist Party of China, Xi Jinping stated that “in ten years a new world order awaits us, in which a union of Russia and the People’s Republic of China will become a key one”.

This sounded not as unambiguous as the aloud thoughts of the Iranian General, but nevertheless there was also talk about the creation already in the near future of a concrete obliging-the-parties union, over which negotiations haven’t yet begun. Besides this, Jinping’s statement was made at a much higher level and in a situation that didn’t leave any doubts insofar as the program’s character. 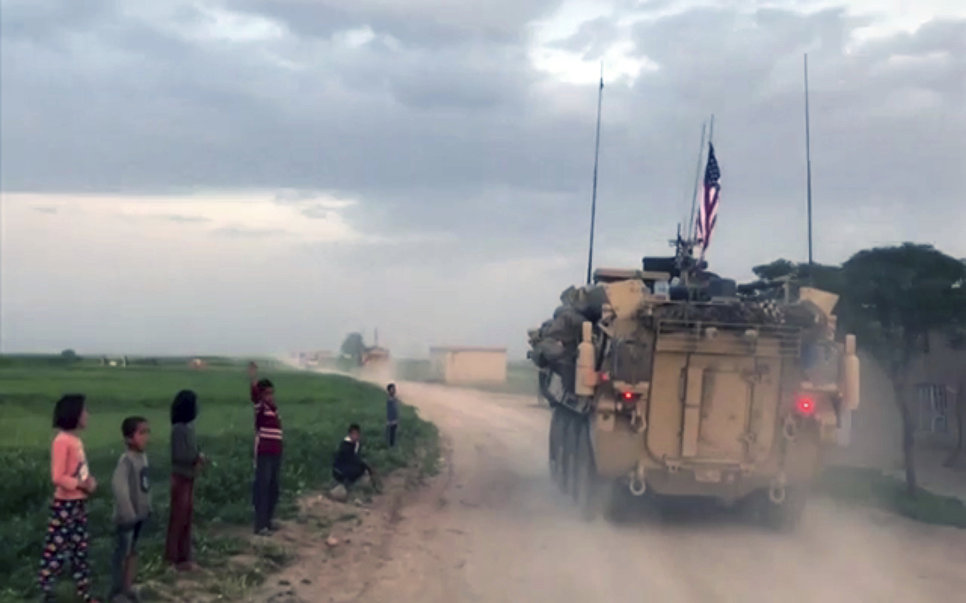 Nevertheless, Russia evaded from a discussion about the prospects of such  an alliance. There is every reason to believe that Moscow will behave in the same way also now.

The formalisation of an alliance with China (informally military-political cooperation is all the same being carried out) would strengthen the position of Beijing in the Pacific Ocean. Leaning on a union with Russia, China could take a much harder line in relation to the US. This would draw Moscow into a conflict concerning the islands in the South China Sea that are very necessary to China, but have no relation to Russian interests. Russia would be obliged to transfer additional resources to the Far East.

Thus, Moscow would not only weaken its forces in the (western) direction key for itself, but it would create conditions for the strengthening of the loosened western alliance. The US wouldn’t miss an opportunity to present the Russian-Chinese union as a threat to all NATO and the interests of the collective West. As a result, the strategic objective of Russia for the formation of steady trade and economic cooperation with the EU would float away into the foggy future.

There is also a similar situation with the alliance proposed by Iran. By signing an agreement, Russia would undertake the obligation to, should it be needed, defend Syria, Iran, and Pakistan. Moscow already defends Syria anyway. In terms of Pakistan, its relations with the US show signs of being spoiled, but its main regional enemy is India (which Russia has normal relations with), and its main partner is China. Concerning Iran, its interests coincide with Russia’s in Syria, but Tehran competes for influence in the region with Ankara (it’s not a coincidence that Turkey wasn’t called for an alliance), and Iran has its own war in Yemen, where Tehran counters Saudi Arabia, with which Russia reached an agreement on joint efforts to increase oil prices. And these efforts already bore quite good fruits. Iran has extremely tense relations with Israel. In this conflict Russia is interested in acting rather as an intermediary than as a participant.

READ:  About the Strong Ruble and the “Dutch Disease Growth” for Russia

All weak participants of the alliance, in the event that a binding contract is concluded, will receive the opportunity to rely on the Russian military-political power and to behave more defiantly with their potential opponents. If there is a military conflict, Russia will appear before a dilemma: to be involved in a war that is unnecessary for it – pulling its allies’ chestnuts out of the fire, or to publicly refuse to implement its allied obligations. Both options are bad.

By the way, the US already at the time of the conclusion of a formal union will receive the opportunity to pressure – together with Israel – Europeans concerning a union between a nuclear Russia and an Iran that is acquiring nuclear technologies. Most likely, Washington would be able to convince Europe of the danger of such an alliance and to consolidate the Old World around NATO, having nullified the ten-year Russian efforts.

And China would hardly be delighted if Pakistan, which in Beijing is considered as a perspective client State of the important-for-China southern overland branch of the New Great silk road, suddenly entered into an alliance where Russia absolutely dominates.

For Moscow, an ad hoc system of agreements with every partner on every separate problem is much more favourable and opens much more prospects than binding multilateral alliances that are obviously unequal for Russia. After all, it is clear that in such an alliance, the obligation to defend each other from an unprovoked attack is absolute for Russia and is relative for others that are capable of entering into a war on the side of Russia, only if the aggressor moves towards Moscow through their territories. In the same way, for example, the European partners of the USSR in the Warsaw pact, owing to the sizes, structure, and functionality of their Armed Forces, couldn’t in any way help the Soviet Union in the event of an armed confrontation with China.

READ:  What Is the Actual Size of the Crater Left Behind by “Sarmat”

The disadvantages of binding alliances for militarily stronger States had already been mentioned in the British Parliament – immediately after Chamberlain announced the decision of His Majesty’s Government to provide Poland with military assistance in the event of an attack by a third State, if Poland dared to resist this attack. As soon as these obligations were issued on April 6th, 1939, as a Polish-British military convention, it was pointed out to Chamberlain that by doing this he made the entry of Britain into a war depend on a decision from the government of Poland.

This is also applicable to other cases. A large military State that gives a guarantee of protection to a weaker partner doesn’t receive a reciprocal guarantee. Moreover, it weakens its own security, because it increases the level of confidence of the weak State in international disputes. Knowing about the guarantee of the strong partner, the weaker State loses the ability to adequately estimate threats. 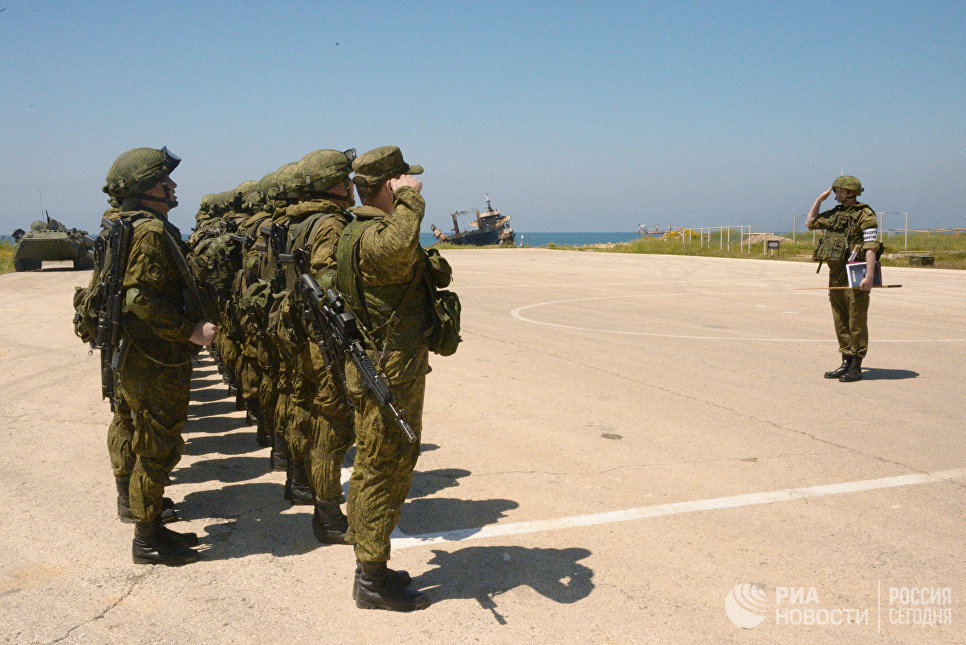 The only option for such guarantees is when a weaker State actually becomes a protectorate of a partner, transferring to it the right to adopt foreign policy decisions, including questions of war and peace. The organisation of the Warsaw and North Atlantic agreements were based on this principle. But in the modern world such concessions are not accepted not only de jure, but also de facto. Even in NATO, its weakest and smallest limitrophes desire to resolve issues of war and peace independently, and their allies, in their opinion, should protect them unconditionally.

That’s why it’s not only Russia that uses a strategy of ad hoc agreements, but the US also practically converts its cooperation with allies to this same scheme. In recent years American politicians repeatedly explained that the notorious Article 5 of the Washington Treaty only grants the US the right and doesn’t at all oblige it to provide help to an ally, and not especially military help at that.

As it usually happens, similar circumstances lead to similar decisions.

Tags: ChinaIndiaIranIshchenkoNATOPakistanRussiaUSA
IMPORTANT NOTICE: POSTS WITHOUT THE "NEW" LABEL ARE OLDER (PRE-2022) POSTS FROM THE ARCHIVE!
+ +