The German Spiegel – positioning itself as the “most significant magazine of Germany and Europe, with the greatest circulation” – published the amusing article Denken auf Vorrat (“Stockpiled thoughts”). In it it’s claimed that certain analysts of the Bundeswehr presented to the country’s leaders a classified document in which options for the development of the future of the EU are considered. All scenarios are pessimistic, and finally are reduced to the more or less fast and full breakdown of the European Union with unpredictable military-political consequences for Germany.

Firstly, the fact itself that such an article appeared in Spiegel is interesting. Not only ten, but even five years ago very few people in Russia were ready to publicly discuss the probability of the disintegration of the European Union. Despite the fact that already back then distinct signs of European trouble were visible, from the Atlantic to the Pacific Ocean the opinion that nothing bad can happen to the EU dominated — just a small indisposition, after which it will be even more healthy. Today one of the most respected publications doesn’t hesitate to absolutely seriously discuss the hypothesis of the EU’s disintegration.

Secondly, Spiegel refers to a classified document. Of course, journalists don’t publish it, but claim that it exists. The government of Germany could disprove the existence of such a document and begin an investigation concerning information leakage of a strategic character. But it remains silent, indirectly confirming the reliability of the publication.

Let’s for a second imagine that “Rossiyskaya Gazeta” publishes an article in which in detail it presented the contents of a classified document sent by the General Staff to the government, and that the Kremlin would pretend that nothing happened. It is approximately like this that the situation with the article in the German magazine looks if to transfer it to the Russian realities. After all, it’s nonsense. However, only if the information leakage isn’t organized deliberately.

Why would the government of Germany need to leak classified documents to the press? On the 13th of November (after the publication) 23 European Union countries – without the entourage that usually accompanies such a kind of event, signed a “program of continuous structured cooperation”. At first they will develop common systems of arms and military doctrines. At the next stage they will unite real divisions of the armed forces under the general command of the EU. 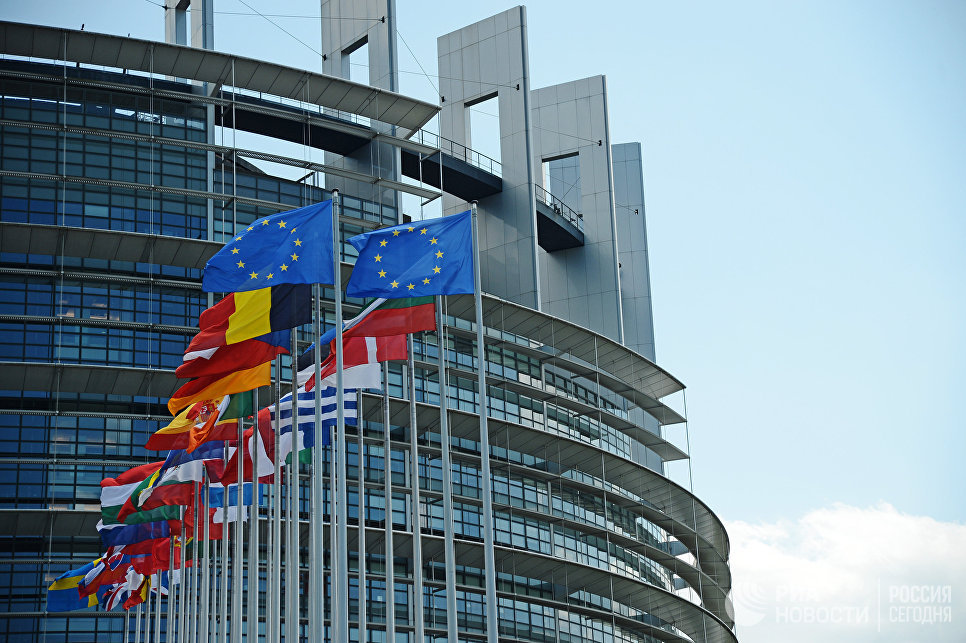 Still a year ago many Russian experts refused to believe in the possibility of the creation of the European army, and absolutely reasonably noted that in the presence of NATO such a structure will be superfluous, and said that the US won’t allow such a thing, because this neutralises their influence in Europe. Today Washington considers the signing of the program to be precisely the beginning of the creation of the European army.

Unlike the previous similar attempts of the EU, the present one forces the US to be nervous. Over the ocean it is even said that it is a knife in the back of the North Atlantic alliance.

It should be noted that the Eastern European clients of the US, which always follow in the footsteps of Washington and clash on this topic with “old” Europe, this time without excess fuss put their signature in the needed places.

Meanwhile it is clear that if the European army will become a reality, then it’s not the US that will be the hegemon of the continent. The influence of the US will wither together with NATO. And it’s place will be taken by Germany. Perhaps, together with France. Macron doesn’t tire from offering a reminder about his claims to European leadership, and no European army is possible without France.

So why did Eastern Europeans “surrender” to Berlin actually without resistance? Everything is simple. Practically in all possibilities of the unfolding of events (up to 2040) described in the classified document published by Spiegel, the US inevitably weakens and isn’t able to support the existing world order, and Russia, on the contrary, strengthens and starts having overwhelming economic influence over the Eastern European periphery of the EU.

A few years ago such theses wouldn’t leave any impression on the Eastern European friends of Washington. But today they are confirmed by real practice, and the situation develops so dynamically that such forecasts can become the reality before 2040.

The US already lost in the collision with Russia in the Middle East. The American coalition (which, by the way, the European Union countries are a part of), in essence, broke up. But Russia was able to rally Turkey, Iran, and Syria around and currently pulls Saudi Arabia towards itself, and Egypt is friendly towards Moscow (thus Cairo Generals don’t trust the Americans). Turkish troops guarantee the sovereignty (and at the same time the correct behavior) of Qatar.

The US lost in Ukraine. This is seen by Eastern Europeans even better than they see the American catastrophe in the Middle East, because they are going to divide up the abandoned-by-Americans Ukraine (as soon as the Kiev elite finally finishes off the country).

But the disappearance of Ukraine automatically gives to Hungary, Poland, and Romania (which just stand in the queue for a piece) a border with Russia. Further, the choice is small: it is possible, like the Baltic countries, to refuse trade with Moscow for ideological reasons, and to watch on as money passes by. How this usually ends can bee seen in the example of Kiev. But it is also possible to mutually advantageously cooperate, providing logistic services. But then small economies will become dependent on the Russian economy — it doesn’t happen in a different way, the bigger always attracts the smaller. Taking into account the fact that the EU won’t be able to give financial support to the countries of Eastern Europe already from 2020, the opportunity to earn money by cooperating with Russia will be equal to an opportunity to survive. 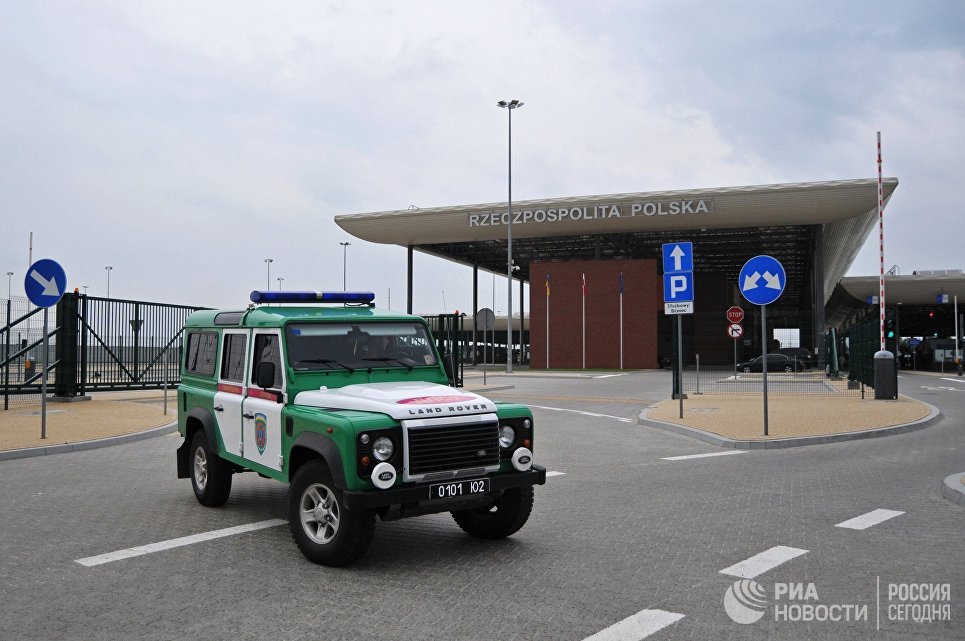 Since economic influence also entails political influence, and the Eastern European elite created their States on the basis of the ideology of russophobia – and can’t tightly grasp on to power without its exploitation, they consider a common border with Russia in the long term and probable economic dependence on Moscow not as a benefit, but as a threat. If a weakening US can’t neutralise this threat, then Eastern Europeans will consider the attempt to hide under the wing of the European army – cementing in such a way their belonging to the French-German sphere of influence – as the only acceptable way out.

In this way Germany, finally, receives its desired military-political influence in Europe. I won’t be surprised if between 2020 and 2030 Berlin raises the question of removing the military-political restrictions that were imposed on it following the results of World War II.

In any case, Great Britain, which constrains the German aspiration for military-political domination in Europe, leaves the EU. Today the US isn’t capable of carrying out an active policy also in Europe. It’s not the Washington that in the early 90’s immediately reacted to Helmut Kohl’s attempt to play an independent game in the Balkans and quickly forced out Germany from the region. The present administration doesn’t have neither the resources nor the political will for this. Everything that isn’t eaten by the senseless confrontation with North Korea goes on the internal political fight, where the split in the elites that emerged after Trump’s election hasn’t been overcome in any way.

For the first time in centuries Europe is left without Anglo-Saxon supervision. And the Franco-German dominance (with unconditional German priority) is immediately reborn from obscurity.

Europeans intend to overcome the internal crisis with the consolidation of military-political and financial-economic leaders and the redistribution in their advantage of the resources of the East European periphery.

It won’t solve the problem of the EU, but it can grant a small delay. Apparently, it is for the sake of this that the classified document of the Bundeswehr arrived in the hands of Spiegel.