During the meeting on questions of the military-industrial complex the President of Russia Vladimir Putin demanded to provide the readiness of enterprises (irrespective of their form of ownership) to reorientate themselves towards the output of defense production at short notice. The Russian economy is required to not only return to the Soviet scheme when practically each enterprise had a dual purpose and could switch to the production of weapons and ammunition during the “special period”, but also to provide reserve capacities allowing if necessary to provide the transportation of troops and to increase production manyfold.

The territory of Russia is huge, and it’s not a coincidence that the army in the last decade constantly learns to create and support groups of troops in any direction necessary for the fulfilment of objectives. It is clear that if only 20% of the population live beyond the Urals, then in 75% of the territory of the country the infrastructure for the deployment of troops is more developed in the European part of Russia. However the threat to the country’s national security can become actual everywhere.

The Far East from this point of view is a traditionally problematic region. There aren’t enough connections, they are stretched out and to maintain a large group there is expensive, and there is also no need for this. Thus, in case there is a threat it is necessary to have the opportunity to quickly increase forces and to give them supplies, including the deployment of repair and (partially) production bases in order to deliver only vital resources from far away.

READ:  Artificial Intelligence & Other Innovations in the Battle Between “Democracy” and “Autocracy”

However, the need for the expansion of mobilisation opportunities of the Armed Forces of Russia doesn’t exist by itself, disconnected from the actual political situation. Especially as the statement of the President was made in such a way that it receives maximum publicity. It is clear that this address is in general aimed at our foreign partners.

In the last three-four years, with the beginning of the Ukrainian crisis, the NATO grouping in Eastern Europe and the Baltic countries was considerably strengthened. In Poland, the Czech Republic, and Romania positional anti-missile defense areas are being created. In the Baltics three NATO battalions with heavy weapons were additionally deployed. Now it concerns the possible accumulation of forces of the alliance in the Baltic States to 7 battalions, with the potential probability of a further increase in military presence.

A whole armored division, aside from smaller units, was transferred from Europe and the US. Today Poland and the Baltic countries develop plans for the sharp strengthening of their anti-aircraft defenses. The powerful anti-aircraft umbrella will strengthen the stability of the group, even without the further building up of ground forces. The aim of NATO is obvious — to solve the problem of the unprotected connections of the Baltic springboard, after which it indeed can become a military threat for Russia.

The exercise “West 2017” and also the deployment in the western regions of Russia of one of the new armies and three divisional HQs shows that Moscow takes the potential threat in this direction seriously. 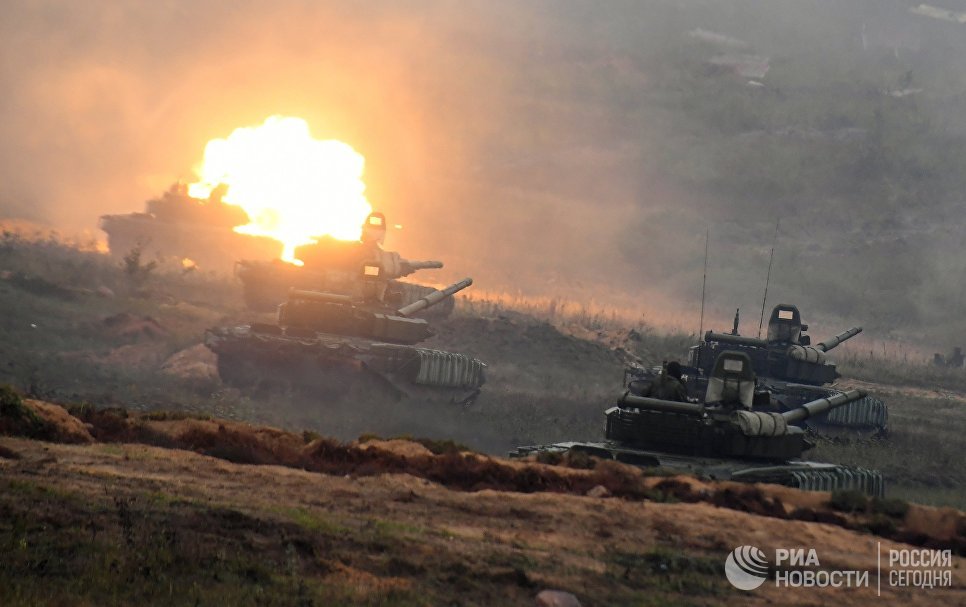 It is necessary to understand that no country will be able to thoroughly increase the production of modern tanks, jets, or combat ships should a military conflict begin. It isn’t about a lack of capacities, but the complexity of modern military equipment, excluding its mass production. Thus, the experience of the Syrian and Ukrainian conflicts shows that even the half-ruined war industry of Kiev and Damascus in the conditions of a low-intensity conflict ca  cope with the maintenance of armored and aviation equipment and the maintenance of artillery groups.

READ:  Poroshenko Promised Not to Leave the Residents of Crimea Without Support

By referring to the experience of the military conflicts of recent decades it is possible to draw the conclusion: after a year or two since the beginning of military operations, owing to the exhaustion of warehouse stocks the army starts to feel a lack of spare parts, ammunition, regimentals, fuels and lubricants, means of individual protection, transport, and also specific equipment like sights, thermal imagers, artillery radars, and so on.

When Vladimir Putin speaks about the need to sharply increase the level of readiness of enterprises for a transition to the military rails, it concerns providing the Armed Forces with consumable materials, a repair base, and also the maintenance of their mobility. The latter is especially important for Russia — a potential military confrontation with the West will almost certainly develop in two theatres distant from each other (Western and Eastern). There is a need to provide resources for the self-sufficiency of groups of troops in remote regions (the Far East, the North), and also in exclaves (Kaliningrad, Crimea), which, in the event of the development of a military scenario, can be temporarily cut off from the main territory of the country. 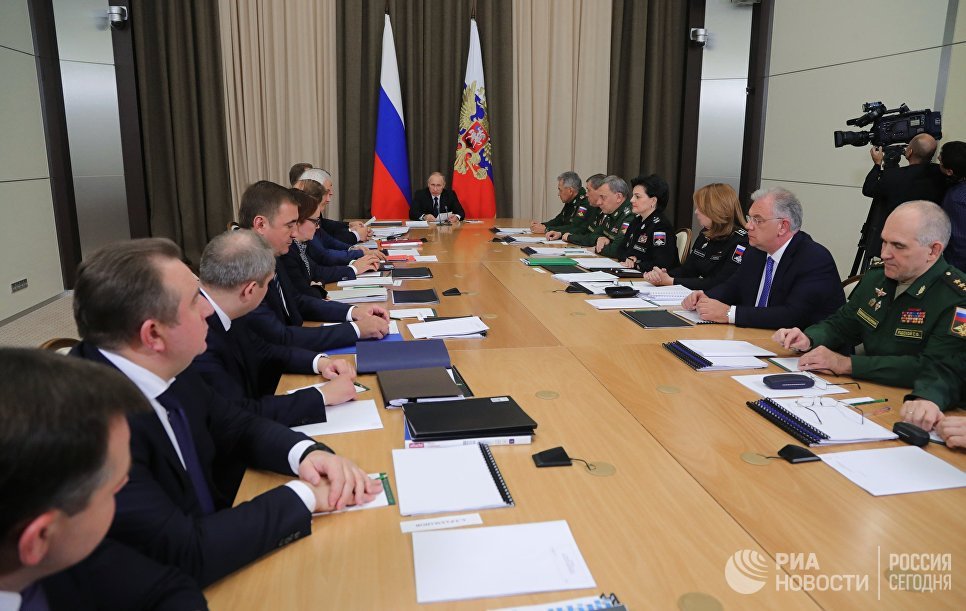 At the same time the main weight of the statement of the President is nevertheless political-diplomatic. Its task is to show to the West that Russia takes into account the possibility of the further deterioration of relations (which the American globalists from the group McCain-Clinton insist on) – up to the loss by the western elites of control over the process and the breakdown of the policy of military blackmail into a military conflict. Moscow isn’t afraid of blackmailers, and is ready for any succession of events.

Such a political demonstration must cool down hotheads in the world’s capitals and provoke consideration of the possible consequences of the inadequate policy not only of the American elite, but also of their European partners (such as the leading EU countries – France and Germany, as well as the East European limitrophes, which willingly provide their territories for the construction of American bases and the deployment of troops).

Putin sends a distinct signal: the answer to the forceful pressure applied by the creation and the increasing of the number of offensive groups on the borders of Russia will be the anticipatory strengthening of its own defense capability and the projection of force on the territories where the threat to the country’s national security comes from…

…so that partners don’t spend spare cash on weapons. Anyway, they will be obliged to disarm. And it is better not to play with the destiny of mankind.

Tags: IshchenkoNATOPutinRussia
IMPORTANT NOTICE: POSTS WITHOUT THE "NEW" LABEL ARE OLDER (PRE-2022) POSTS FROM THE ARCHIVE!
+ +