On the eve of the 2019 electoral campaign in Ukraine the topic of Crimean Tatar autonomy gains relevance in the format that the Mejlis of the Crimean Tatar People (MCTP) for already the fifth year try to incline Kiev towards. The idea of the Mejlis is as follows: to legislatively attach the Kherson region, or a part of it, to Crimea and to declare this territory as the Autonomous Republic of the Crimean Tatars under the internal governance of the Mejlis, and also under external governance – Turkey and the US.

The leaders of MCTP – Refat Chubarov and Mustafa Dzhemilev sitting in the Ukrainian parliament, and Lenur Islyamov, the head the “government in exile” – see themselves at the head of the new Crimean Tatar caliphate, which on paper stretches from Vysokopolye in the north of the Kherson region to Foros on the south coast of Crimea. In fact, even the South of the Kherson region, having an exit to the Azov and Black Seas and through them – to Turkey, the Balkans, Georgia, and also to the Russian Southern Federal District, including Crimea, would be enough for the Mejlis. The River Dnieper passes through the territory of the Kherson region, here there are ports – Kherson and Skadovsk, the railroads and highways, the airport …

To obtain the Kherson region for governance is the prime purpose of the Mejlis. The Crimean Tatar autonomy opens up wide prospects in respect of creating cornerstone territory in close proximity to Russia’s borders for the training of militants and suicide bombers and their transferal to different points of the world. In the event of the creation of autonomy it will subordinated to Kiev only formally, everything will appear in MCTP’s hands. The extremist militarised divisions like the battalion of Noman Chelebidzhikhan – better known as “Asker” – will be legalised. “The order of Mustafa Dzhemilev will be enough for us in order to enter Crimea. We know how to enter Crimea. Moreover, we are already in Crimea. We on ready for certain things,” stated the “founding father” of this paramilitary group Lenur Islyamov earlier. The militant-Islamists use the local population of the Kherson region as targets for training: they were engaged in robberies before the campaign declared by Islyamov to Crimea. In February, 2017 matters ended in a firefight with the Ukrainian military: according to the UAF, “fully armed representatives of an illegal paramilitary group firstly came to the positions of one of the military units”. At the same time Refat Chubarov stated that it is the military personnel of the UAF who intruded into the base of the “Asker” battalion. How it was in reality, only the direct participants of events know, but suddenly a whole warehouse of illegal arms was found at this base: Kalashnikovs, grenade launchers, machine guns, explosives, not to mention cartridges and grenades. During an attempt to take out weapons and explosives from the territory of the base of the Mejlis battalion, the militants of “Asker” tried to block the road and to stage clashes with military personnel. Later the parties “reconciled”, and a proposal to enlist “Asker” members in the structure of marines (!) of the UAF arrived from the Ministry of Defence, but the “Asker” members refused. And here the scandal would’ve subsided had the public activists not dug out data showing that the Kiev leaders of the Mejlis allegedly complained to the SBU about the lack of controllability of the battalion, and the ATO HQ was preparing to aggravate the situation in the Kherson region because of a growth of separatism in connection with the idea of autonomy.

The plans of “Asker” to capture military warehouses with weapons inside also became known to the UAF. “Asker” members intended to develop the pressure on Kiev for the purpose of the fastest creation of autonomy via threats of sabotage on the territory of Ukraine – in particular, at the Zaporozhye nuclear power plant and the Kakhovka reservoir. Already in 2016 the militants who ran away to Crimea from the battalion gave proof showing that the aim of the Mejlis’ group is to have a standoff with Kiev. 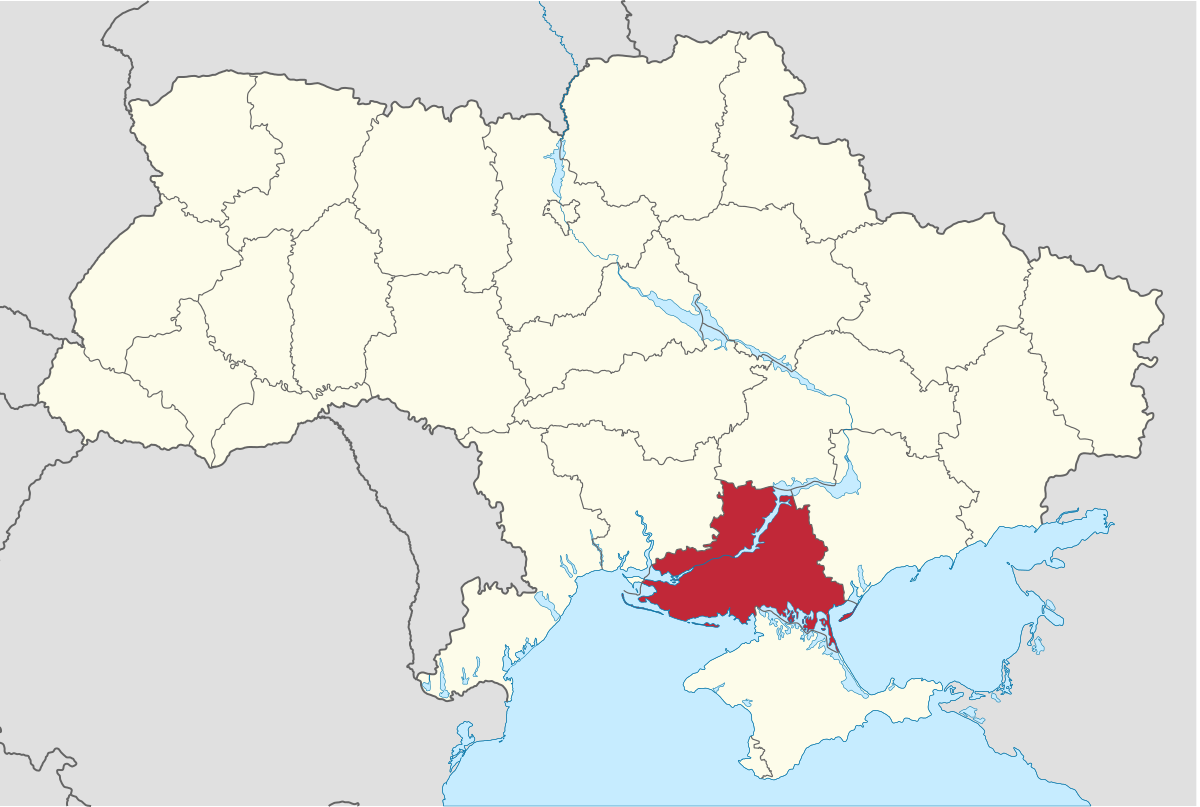 In 2018 people start to again talk about the Ukrainian authorities losing control over the situation on the border with Crimea. In March a scandal between local taxi drivers and Mejlis militants broke out – the latter wanted to monopolise the taxi business. Matters even reached an open skirmish with “Azov” (!). Lenur Islyamov threatened the Ukrainian authorities with protests if changes in the constitution about Crimean Tatar autonomy aren’t voted on. In response, one of the commanders of “Azov” – Igor Krivoruchko – stated: “The Crimean Tatar battalion of Islyamov ‘Asker’ is an ethnic marginal gang of street bandits who are engaged in crime in the Kherson region and have no connection to the war with Russia”. He characterised the Mejlis as a “saboteur partisan movement”.

All this means that the armed gangs of Mejlis will be obliged to fight with situational accomplices – Ukrainian nationalist battalions, ardent opponents of any legalisation of Crimean Tatar autonomy. Ukrainian Nazis, dealing with “Asker” members, understand that the plan of the Mejlis threatens all of Ukraine: if this autonomy will happen at the level of the law, the Mejlis will claim all power in the Kherson region, or in that part of it that has access to the seas. The decision is being postponed every year, but now it won’t be possible anymore to feed the Mejlis with promises: the pre-election shake-up is ahead, pressure on Poroshenko will amplify by manyfold. The resolution with the recommendation to the president to change the status of Crimea by renaming it into the Crimean Tatar Autonomous Republic, and at the same time depriving Sevastopol of special status, adopted in 2016 by the parliament of Ukraine (233 votes “for”) plays in favor of the idea of Crimean Tatar autonomy.

But this isn’t enough for the Mejlis. Chubarov, Dzhemilev, and Islyamov need the territory that they would have the opportunity to govern here and now.

Crimea is inaccessible, and the bandits who are taking away business from the Kherson taxi drivers and cucumbers from farmers won’t go to war on the Russian peninsula for their autonomy. But things are different in the Kherson region! Here, the Mejlis consider that it is possible to “break the resistance” of Kiev, especially in the period of elective fever, and especially as Poroshenko promised to legalise autonomy on more than one occasion – he even created a commission in 2017 to make changes to the constitution. It was planned to prepare a separate draft law that would change the necessary number of votes needed in parliament – from 300 to just 226. Refat Chubarov stated that this scenario will be realised before the summer of 2018. Meanwhile, however, Kiev is afraid of the “parade of sovereignties” – after all, the Hungarians of Transcarpathia, the Russian Southeast, and the Rusyns and Moldavians will also want their autonomy after the Mejlis. Of course, it is possible to selectively recognise one people of Ukraine as indigenous, and others as not being indigenous, but this already cannot work.

… In July Ukrainian deputies went on holiday, and then the pre-election race will begin, and any decisions, including crazy ones, will become possible. Ukrainian politicians are ready to sacrifice both territories and the population in order to preserve power. And in the muddy water of elections the figures of the Mejlis will be able to strengthen the armed gangs in the Kherson region, without waiting for Kiev’s deed of gift.