For the 75th anniversary of the formation of the Waffen-SS “Galicia” division Ukraine released a collection of stamps, the special redemption of which will take place in Lvov on April 28th. Pay attention to the fact that Nazi symbols in the images are shamefully hidden. 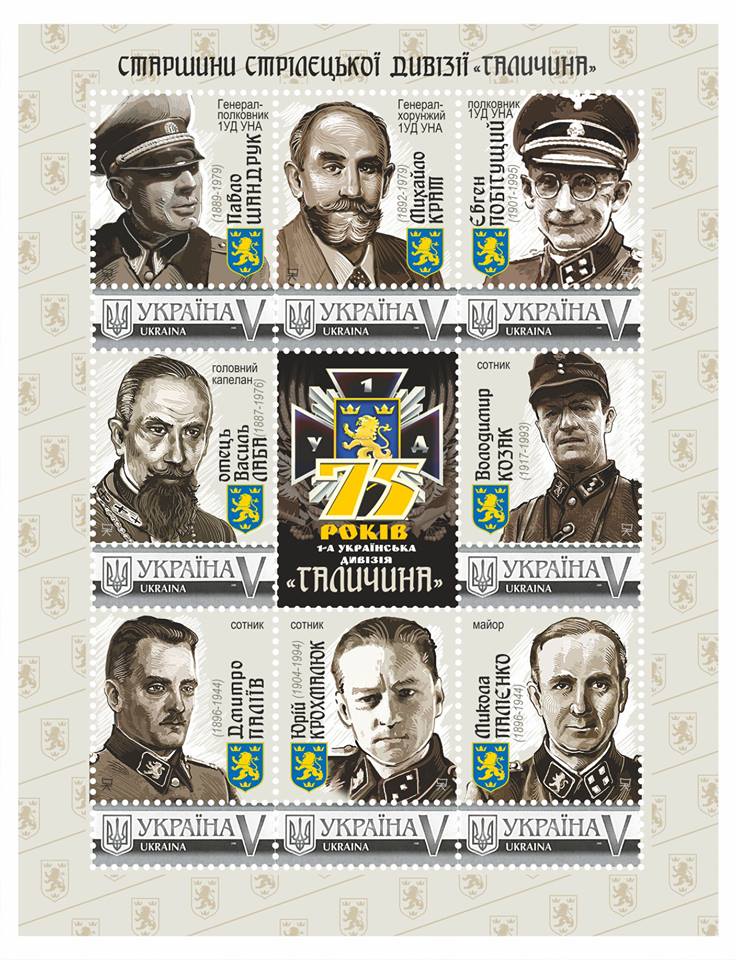 Here is how Major Pobigyshchiy with non-hidden symbols looks like, for example: 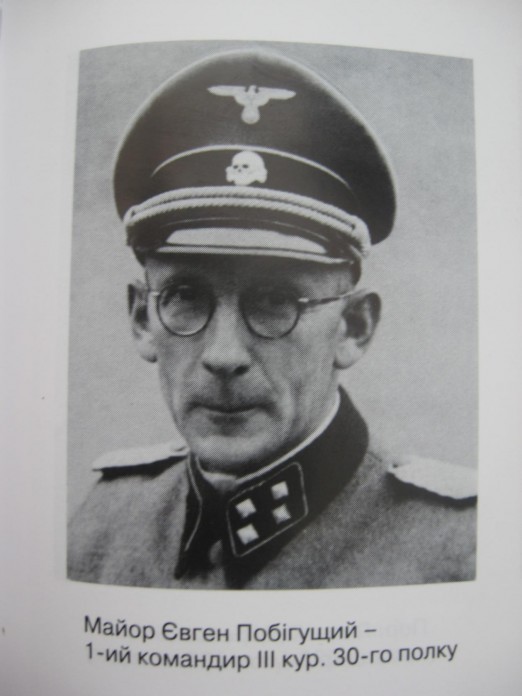 Here is an interesting photo of the Major Pobigyshchiy from my archive – when he was a commander of the 29th regiment of the Waffen SS “Galicia” division: Here is some brief information about the person involved: he was a commander of Battalion Ukrainische Gruppe Roland, after which at the end of August he was dismissed and “Nachtigall” was disbanded, and its members were brought to Frankfurt (Oder) and here they were included in the Schutzmannschaft battalion 201 formed by the Germans. Major Evgeny Pobigyshchiy was appointed as the commander of this battalion, and his deputy was Captain Roman Shukhevych.

The battalion was sent at the end of 1941 to Belarus to suppress the partisan movement. He was involved in the combat operations of SS troops against Belarusian partisans and in punitive actions against the local population. At the end of 1942 Schutzmannschaft battalion 201 was disbanded after its contract expired. Pobigyshchiy was appointed to the post of the commander of a regiment of the formed SS “Galicia” division.

The Ukrainian Officers of the Waffen SS “Galicia” Division