Ukrainians should support the production of genetically engineered products in their country. Such conclusions are contained in the new report of the Foreign Agricultural Service of the United States Department of Agriculture, the text of which RT has studied. Experts from the United States consider that such a way of agricultural development will help to restore the Ukrainian economy. However, American experts see serious risks: in particular, the report notes the negative opinion of the ordinary citizens of Ukraine about biotechnologies is based on “emotional perception” or “misleading news”.

Experts of the Foreign Agricultural Service of the United States Department of Agriculture analysed the situation in the industry in Ukraine. Experts came to the conclusion that Ukrainians continue to be negative towards products made by means of genetic engineering.

However, for Ukrainian farmers and enterprises harvests that are grown in such a way would become less expensive and could positively affect the national economy, notes the Department of Agriculture. Besides this, experts offer a reminder about the agreement on euro-association, which was signed by Ukraine in 2014, and the need to follow European standards.

The authors of the report emphasise that Ukrainians should change their point of view on biotechnologies. So, according to the document, an independent and in-depth study in Ukraine would increase the awareness of the Ukrainian public and would lead to a “favourable attitude” of the citizens towards such production. In addition, such research would induce Ukrainian managers to draw up regulatory-legal framework on the use of biotechnologies, relying on “scientific facts”.

“Even though the process of changing public perceptions may be slow, to create regulations that allow for GE cultivation and commercialization, it is necessary to have the technology supported by the Ukrainian public. In addition, to fostering positive regulatory developments, strong interest and support from local producers and potential users of the technology is crucial,” it is noted in the report of the Foreign Agricultural Service of the United States Department of Agriculture. 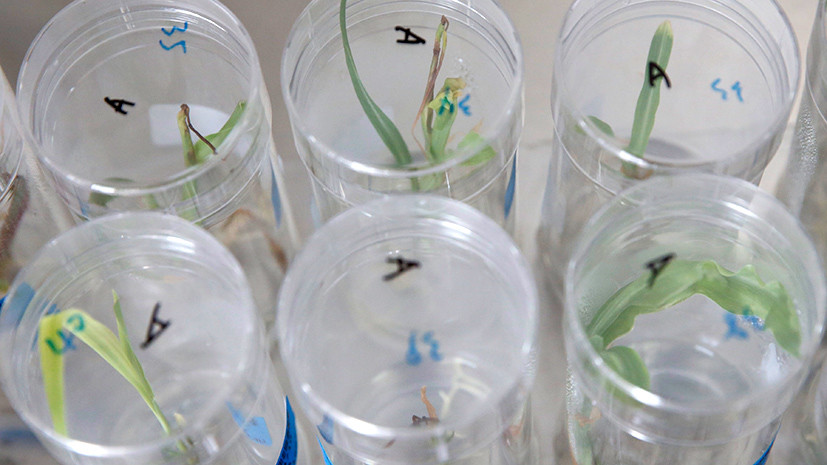 It is specified in the document that enough attention wasn’t paid to the topic of genetically engineered products from 2015 to 2017 because of the domination of questions of further economic and political developments in Ukraine.

READ:  My View on the Main Idea of Today's Military Operation

GMO and a shortage of money

As it is stated in the report of the US Department of Agriculture, currently in Ukraine there is no legal commercial production of genetically engineered products. However, it is emphasised that Ukrainian exporters have already been observed delivering products made by means of genetic engineering.

“There is no legal commercial production of GE products in Ukraine. However, positive test results for corn and soybeans at export facilities imply there is GE crop production. Reports indicate that some food products in Ukraine occasionally test positive for GE presence, thus indicating that there may be some sources of GE seed present in the country or brought in from abroad. Industry rumors in Ukraine suggest that 60-70 percent of soybeans and 3-5 percent of corn produced for export is genetically engineered,” it is said in the report.

Last year, Russian experts found GMOs in Ukrainian production. So, in the summer of 2016 Rosselkhoznadzor forbade import from Ukraine of forages and feed additives for animals because of the detection of unregistered genetically-modified components.

In a conversation with RT the President of the Ukrainian Analytical Center Aleksandr Okhrimenko noted that today a big share of the production of rural products in Ukraine is in the hands of private individuals, and the quality of the goods made by them leaves much to be desired.

“They make low-quality products. Because of a shortage of money, such producers often use low-quality fertiliser, keep animals of poor breed, and also grow crops using old grades,” said the expert.

In this regard, according to the Ukrainian expert, the introduction of new technologies would allow Ukraine to increase manyfold the production of food products without damaging the land and the quality of the products. However, the knowledge of Ukrainians about genetic engineering remains at a low level, which slows down such production, stressed Okhrimenko.

“Unfortunately, in Ukraine the attitude towards genetic engineering is indeed based on yellow press. Very often people don’t understand at all what genetic engineering is. They have no idea what is harmful and what is beneficial, but there are a lot of rumors and inventions,” concluded the expert.

The Ukrainian political scientist Oleg Soskin in conversation with RT recommended to the American experts to take into consideration the attitude in their own country towards genetically engineered products and to not worry about the public opinion of Ukrainians. According to him, the consumption of “mutant agricultural products” will hit all Ukrainian people.

“It is known that failures in the human genome begin from these mutant agricultural products, which leads to various deviations,” noted Soskin.

Besides this, the political scientist said that such interest of the service of the American Department of Agriculture is explained by the “imperial aspirations” of the United States. The expert stressed that after the events of 2014 in Ukraine, Washington tries to control all spheres of Ukraine’s life.

READ:  Zaporozhye Nuclear Power Plant Shelling - What Do They Want From Us & What Can Happen?

In June of this year it became known that an American corn processing plant of the Monsanto company will begin to function next year in Ukraine: this corporation is well-known for the production of genetically modified corn seeds, soybeans, and other products created by means of biotechnologies. It is planned to open the new plant in August, 2018, in the Zhytomyr region in the northwest of Ukraine.

“The plant will be better than the similar ones in the US: the sorting line will divide the corn into five factions,” promise the local authorities.

Tags: GMOUkraineUSA
IMPORTANT NOTICE: POSTS WITHOUT THE "NEW" LABEL ARE OLDER (PRE-2022) POSTS FROM THE ARCHIVE!
+ +