In Kiev a monument in the form of a sword thrusted into a map of Russia was erected to fighters of the anti-terrorist operation. On the lower part is a guardian angel with wings painted in yellow-blue colors. The editor of the “Govorit Moskva” radio station noticed that the angel is very much reminiscent of a poster of the game Diablo III, with the image of one of heroes of game of the Archangel Tyrael. And the authors of the monument project borrowed not only the figure of the character himself, but also the poster’s background. 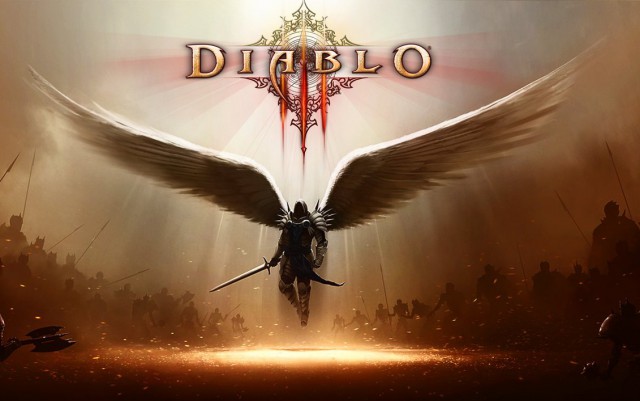 The monument is 2.5 meters high, its cost was about 120,000 hryvnia. The design is established at the intersection of Lesya Kurbasa Avenue and Akademika Koroleva Street.

According to the representative of the organisation “Veterans of the Anti-terrorist Operation” Evgeny Yarantsev, the established memorial monument symbolizes the future victory of Ukraine over the Russian occupiers. He complained that the Kiev authorities disrupted the installation of the monument, referring to “existence at this place of a sewer, which will need to be repaired at any moment”. Yarantsev noted that the installation of the monument in the central districts of the capital was impossible because of opposition from the authorities.

“I think that this new monument will become a certain temporary thing. Anyway, sooner or later Ukraine or that State that will form in its place will be obliged to improve relations with the Russian Federation. It is clear to everyone that we will be obliged to search for a formula of peaceful co-existence.

And the existence of such a monument with such provocative symbols, of course, won’t promote the improvement of this dialogue. Ukraine will need to think about how to obtain peace.

If you remember, it was promised also by President Poroshenko, who called himself the President of the world. And instead of this they create newer and newer pretexts so that the condition of the war that was invented by them becomes eternal”.